President read out a message to the Federal Assembly - ВиАр
Quicklists

President read out a message to the Federal Assembly

Vladimir Putin read his yearly message to the Russian Federal Assembly. He especially thanked the doctors in their fight against the pandemic, and he urged citizens of Russia to follow the recommendations of the doctors to fight the coronavirus. Vladimir Putin spoke about the healthcare in general, as well as demography, and support for families with children. While speaking about the military affairs he mentioned that the first regiment equipped with the ’Sarmat’ missiles will take up combat duty in 2024. By 2024, the share of modern technology in the armed forces will be 76%.

Members of the Organization for the prohibition of chemical Weapons adopted a resolution that restricts the rights of Syria. The document was adopted during a vote at the conference of the member-countries. 136 states took part in the voting. The resolution was supported by 87 countries. Russia and 14 other countries voted ’against’. The document deprives Syria of the right to vote at the conference of the member-states, and in the executive council, to be elected to it, as well as to hold any events on its own territory via these conferences, councils, and subsidiary structures.

The US Ambassador to Kazakhstan, William Moser, stated that Washington doesn’t plan to participate as an observer in the international meetings on Syria in the Astana format. According to him - the most suitable option for resolving the conflict in Syria is the Geneva process under the UN flag. It was expected that the next consultations in the Astana format will take place in the city of Nur-Sultan, in the middle of 2021.

The Turkish Foreign Minister Mevlut Cavusoglu announced the postponement of the conference on Afghanistan, which was supposed to start on 24th of April, in Istanbul. The ’Al Jazeera’ TV made the same report a bit earlier. It was noted that the conference was postponed due to the refusal of the Taliban to take part in it. The Taliban won’t take part in the meeting until all the foreign troops leave Afghanistan. The US state Department’s spokesman, Ned Price, stated that the postponement of the meeting doesn’t mean the suspension of the diplomatic efforts to peacefully resolve the conflict in Afghanistan. Earlier the official representative of the Qatari political office of the Taliban, Mohammad Naim, stated that the Taliban is demanding Washington to fulfill the obligations to pull the US troops out from Afghanistan by 1st of May.

The press secretary of the Armenian Foreign Ministry, Anna Naghdalyan, stated that Armenia intends to defend its sovereignty and territorial integrity. Armenia condemns the statement of the President of Azerbaijan, Ilham Aliyev, that Azerbaijan is ready to use force to create a transport corridor through the Armenian territory to the Azerbaijani city of Nakhichevan. Earlier the Azerbaijani President stated in an interview that Baku will achieve the creation of the Zangezur corridor regardless of the Armenian wishes.

The Iranian President Hassan Rouhani stated that Tehran planned to receive millions of doses of the coronavirus vaccine via the international COVAX mechanism. But this was prevented by the US sanctions. The speech of Hassan Rouhani was broadcast by the Iranian state-run TV. He concluded that the people of Iran must understand that ’this is a crime of Washington’. Constantine Reztov, specially for the ANNA NEWS. 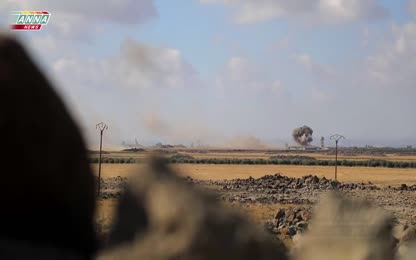 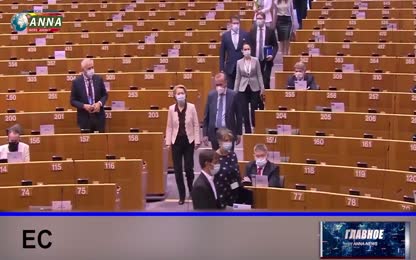 President read out a message to the Federal Assembly