Meeting with the Taliban in Moscow - ВиАр
Quicklists

Meeting with the Taliban in Moscow

The Georgian Foreign Minister David Zalkaliani ruled out the possibility of an extradition to Ukraine of the ex-President Mikheil Saakashvili, currently detained in Tbilisi, who is the head of the executive committee of reforms in the Ukrainian government. According to the minister - in Georgia, Saakashvili was convicted in 4 criminal charges, and was sentenced to 6 years in prison. Tbilisi doesn’t believe that the detention of Saakashvili, a citizen of Ukraine, could negatively affect their relations with Kiev. The Georgian Deputy Prime Minister and the Minister of Culture, Teya Tsulukiani, called the issue of the Saakashvili’s extradition to be a "legal nonsense." She added that according to the rules of the convention, Saakashvili can be extradited only if he has served his term of imprisonment in Georgia, and if by that time - a criminal case has been opened against him in Ukraine.

The director of the UN World Food Program for Afghanistan, Mary-Ellen McGroarty, stated that the international community should provide funds for Afghanistan since the country’s economy is about to collapse. “The events of 15th of August led to the freezing of the foreign reserves, and the suspension of development. The consequences were devastating. The economy in Afghanistan is about to collapse. There is a cash crisis. The banks are closing their doors. The savings are not being available to the population” - she explained and added that the situation is getting worse before winter. The fuel prices are rising, the Afghan currency has fallen in value, and the salaries aren’t being paid. She called on the foreign powers to provide the necessary resources to carry out large-scale humanitarian operations in Afghanistan.

"The revocation of the accreditation of the staff of the Russian mission to the NATO didn’t come as a surprise to Moscow, but it was an act of a shocking arrogance" - said the official representative of the Russian Foreign Ministry, Maria Zakharova. “The number of our permanent mission staff has already been reduced in 2015 and 2018. It all looks like a consistent line of the NATO actions" - Maria Zakharova explained and added that Moscow is planning retaliatory actions.

"Russia will invite representatives of the Taliban to participate in the Moscow-format meeting on Afghanistan, which will take place on 20th of October" - the Russian presidential special envoy for Afghanistan, and the director of the 2nd Asia Department of the Russian Foreign Ministry, Zamir Kabulov, stated. He did not specify the level of the representatives. The Moscow format was created in 2017 on the basis of a six-party consultation mechanism of the special envoys of Russia, Afghanistan, China, Pakistan, Iran and India.

"The Ukrainian troops violated the ceasefire on the contact line with the DPR two times" - the DPR office in the Joint Control and Coordination Center reported. “They fired at the Gagarin mine in the town of Gorlovka, and at the village of Leninskoye, in the south of the DPR. No civilian casualties or damage to the civilian infrastructure were reported” - the center stated. "In the morning, the village of Sosnovskoye, in the Novoazovsky district, was under fire" - the DPR office in the Center added. The Ukrainian troops violated the ceasefire in the area of responsibility of the LPR 3 times a day. “The city of Pervomaisk, the town of Frunze, and the village of Zhelobok were under fire. The shelling was conducted from heavy-duty anti-tank grenade launchers SPG-9" - the report concluded.

The Russian Foreign Ministry spokeswoman Maria Zakharova stated that Moscow is ready to take decisive measures to help Tajikistan in case of an escalation on the Tajik-Afghan border. "Moscow and Dushanbe maintain contacts in the defense departments, border services, and diplomatic missions. We continue the enhancement of the defensive capabilities of Tajikistan and the border services, while taking into account all the operational needs" - Maira Zakharova explained during a briefing. Constantine Reztsov, specially for the ANNA NEWS. 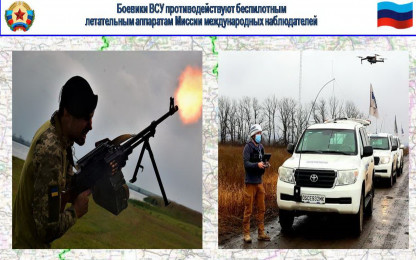 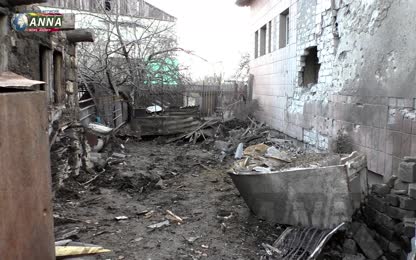 Meeting with the Taliban in Moscow