This is a special program from the ’ANNA News’. I am Constantine Reztsov.

While Donald Trump’s mandate was still in force, the team of the new American President Joe Biden was in a secret negotiation in New York with an enemy of the USA. Stay tuned to find out the details.

The French newspaper ’Le Figaro’ reported while citing their sources, close to the "powerful people in Tehran", that unpublished talks between Joe Biden’s team and the Iranian officials over a nuclear deal have been going on for 3 weeks.

“Negotiations were under way in New York between the Iranian UN representative, Madjid Takht-Ravanchi, and an envoy from the Joe Biden’s administration" - a source of ’Le Figaro’ reported.

’Le Figaro’ claims that large European countries such as France, Britain, and Germany, were unaware of those negotiations.

"Now they want to choose the wording of the announcement of a return to the agreement, given that the Americans and the Iranians weren’t supposed to see or talk to each other" - the source added.

’Le Figaro’ noted that if a breakthrough in the negotiations does happen, then, most likely, it will materialize in a form of a "strict and simultaneous return" of the two countries to the agreement, and the lifting of the sanctions, imposed by the Donald Trump’s administration since 2018. Earlier, the USA one-sidedly left the international deal on the Iranian nuclear program, despite the protests from the EU, the UN, the UK, France, Germany, Russia, China, and Iran itself.

The Donald Trump administration had very tense relations with Iran. On the day of Joe Biden’s inauguration on 20th of January, the Iranian President Hassan Rouhani called on the new American president to bring the USA back to the international nuclear deal. Tehran expressed its readiness "to fully comply with the provisions of the deal, if the Joe Biden’s administration is ready to do the same, and if it won’t put new conditions".

After the USA left the agreement in 2018, Iran gave the Western countries a year to set up trade mechanisms to get around the US sanctions. Since that failed, Tehran began to gradually refuse to comply with the provisions of the agreement. Iran still stated that the country doesn’t intend to develop nuclear weapons. Iran underlined that it is ready to return to the deal when the USA do the same.

The nuclear agreement was signed in 2015 by Iran, the USA, the UK, the EU, Russia, China, France, Germany. The deal involved the lifting of sanctions on Iran in an exchange for the Iranian promise to limit their nuclear program, and a promise to not create nuclear weapons. 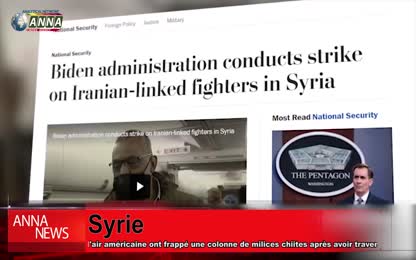 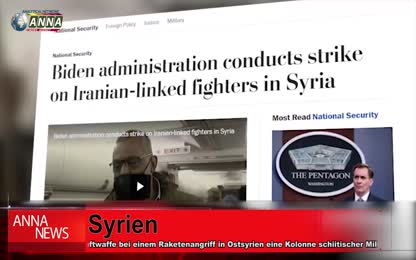 The US airstrike against Syria